I tried not to go to the emergency vet visit, but I ended up having no choice. When I went to go check on Cash, there was another puddle of blood in his bed. This time, I was having a hard time controlling the bleeding. I did my best to wrap him up and bring him to the emergency vet. Of course, by the time we got there the bleeding had stopped. However, according to the vet, the bleeding would have started again the next time he went to lay down. Because this incision was on his chest/belly, gravity was causing fluid to fill where the lump used to be and it would keep bleeding because there was too much pressure. Luckily he didn’t need to have a drain put in. He’s now on antibiotics and has the most adorable bandage that makes him look like a superhero dog. I will have to change his bandages tonight and probably once or twice a day after that for a while. I’ll call my regular vet’s office tomorrow and let them know what happened. I’m so glad he’s okay. I freaked out when I was trying to gather everything to get him to the vet. Good thing my husband stays calm. 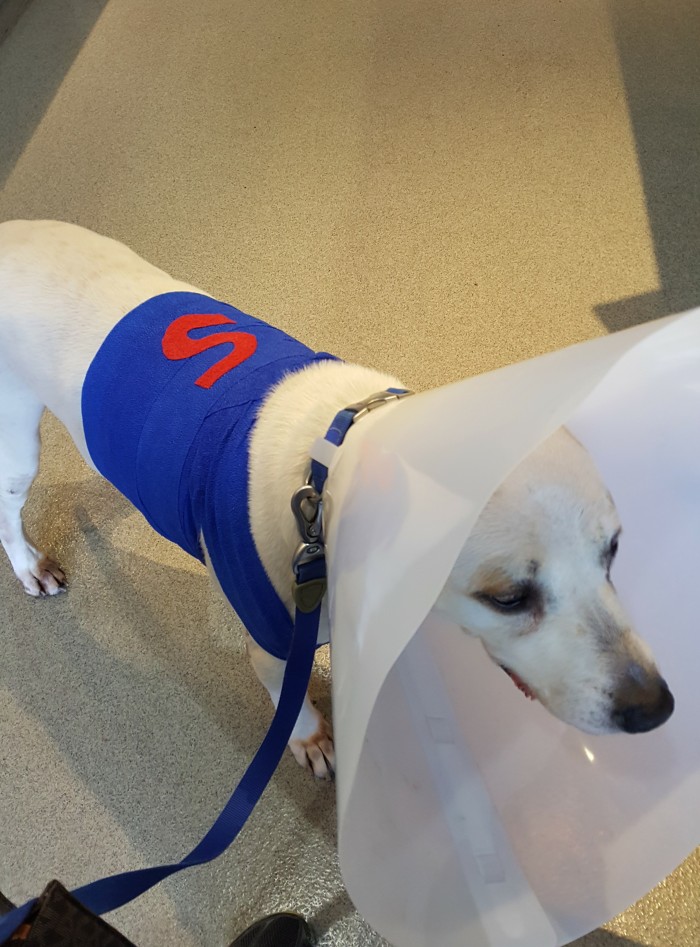 My Side of the Pole I'm a 32 year old married woman who has been dealing with Bipolar disorder since the age of 14. This is all about my life, diagnoses, and treatments. If you have any questions, just ask me. I hope that others with Bipolar Disorder or PTSD can relate to my blog and find it helpful.
Published February 5, 2017