My Side of the Pole 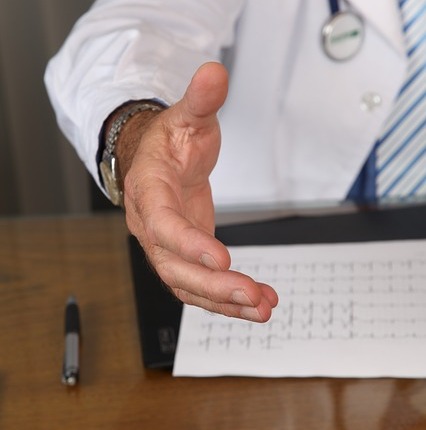 I made a list of the things that I need to talk to my psychiatrist about at my appointment with him next week.

I know I’m forgetting some things, but this is a descent start to making a list. I know that if I don’t write it down, I won’t remember to bring it up in the appointment. Most of these have easy solutions, so I’m not too worried at the moment. 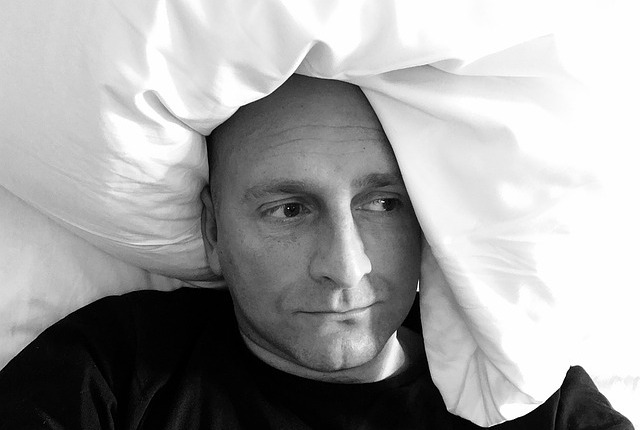 I woke up after only a few hours of sleep; my mind was wandering like it always does. Thoughts are going in and out of my brain, covering all different topics and raising questions that I don’t know the answer to. Instead of laying in bed and trying to go back to sleep, I give in to the racing thoughts and go out to the couch. I turn on the TV to help me drone out the racing thoughts that I can’t manage.

Normally, I can fall back asleep once I’m on the couch because of the TV background noise, but this time I have no luck. The air feels dense, my thoughts feel heavy. Every thought adds weight to my mind. I finally give up on falling back asleep, so that removes one of the many thoughts. I can’t give up on anything else, so I just have to fight my way through. 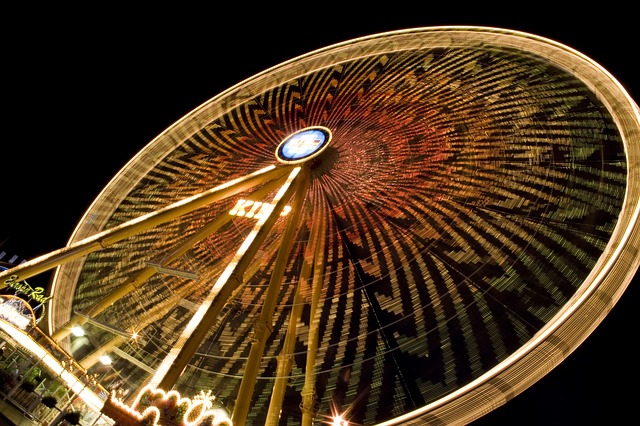 My mind wanders all the time; it’s like a circus wheel. It keeps going over and over again without any rest. Normally, all of my thinking results in a lot of talking, but not so much lately. I still have a million thoughts in my head, but I can’t seem to put those thoughts into words. I also struggle to put my thoughts into written words for my blog. I even go into therapy sessions and I have nothing to talk about. I have no clue what is going on with my mind, this is not normal for me.

My inability to put thoughts into words started around the same time that my anxiety attacks increased. All of it began approximately about a couple of weeks ago. I didn’t realize either of these issues were happening until this past week. Maybe they’re connected, maybe not. My mind is still running all the time, it’s just running in all different directions instead of running one way like a circus wheel. 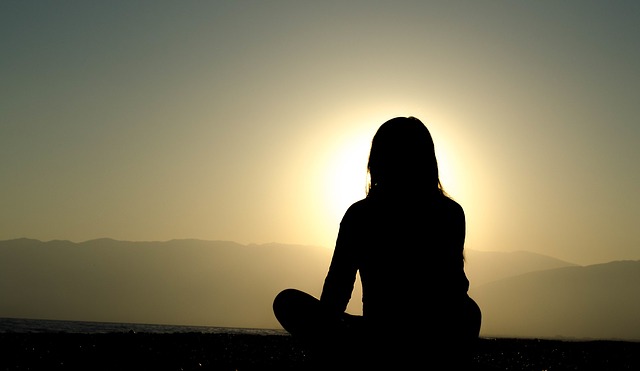 I’ve never been a person that likes meditation. Over the years, I’ve been told by many people that meditation will help me in many ways, physically, mentally, and emotionally. I was still against it for a few reasons, but the biggest reason is because it’s too difficult for me. My mind is always running a million miles an hour. How am I supposed to actually slow my brain down and think/focus on one thing? Also, I can never sit still for longer than a couple of minutes. Once I’m told to sit still, I start getting all fidgety. When I was in rehab, in 2004, we had to go to yoga class a couple of times a week. At the end of the class, there was a short meditation time that we were required to participate in. I always had such a hard time with it; plus, I never like to do something I’m told I have to do.

Last week, I received a package from my aunt containing a few CDs. Two of them were guided imagery to enhance healing for women with interstitial cystitis (a painful bladder disorder) and the other CD was called healing trauma, a guided imagery for PTSD. My first thought was that I didn’t want to use these CDs, but then I thought I would do some research. I found out that using guided meditation can actually help with the physical pain for interstitial cystitis. Suddenly, I became excited; there was a possibility to reduce my physical pain from the interstitial cystitis. I couldn’t believe that my aunt found these for me. She sent them to me with no pressure to use them. All she wanted was for me to have them in case I decided to try it.

I ended up trying the guided meditation CDs for interstitial cystitis the same day I received them. I decided to use the CDs every day for at least a month. I told my doctor about it and she agreed that it is very likely to be beneficial for my physical pain and for my emotional health. The guided meditation is getting a little easier every time. Even if I can slow my mind for just a few minutes, it would be better than nothing. At some point, I’ll try the CDs for PTSD, but right now, my bigger issue is my bladder disorder.

I have gone from being completely against meditation, to trying it every day for a month. I will let everyone know how effective it is for me. This has taught me to try to remain open to any possibilities in regards to improving my health. I’m grateful that my aunt is always looking out for me. 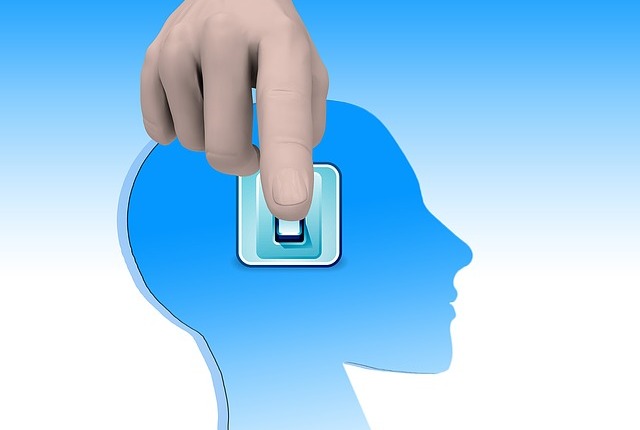 I wish I knew how to control my thinking. Everything can be going just fine, and then one thing happens, like someone gives me an attitude, and I automatically start going through all of the possible reasons they could be mad at me. How self-centered am I to think that just because someone has an attitude it has something to do with me? There could be a thousand different reasons for that individual to have an attitude. I really need to get over myself. I always think that I’m doing something or everything wrong. I even tend to do the same thing when someone is giving me a compliment. I think that instead of actually giving me a compliment, that person is pointing out that I finally figured something out.

Yesterday, when I was with my granddaughter, I heard a couple of people say, ‘Wow, you’re getting really good with her.’ Instead of hearing a compliment, I hear them saying how bad I used to be with her. Then I start getting frustrated; it’s not like I had children of my own, this is my first time dealing with an infant. I really down that people are giving backhanded compliments. People are probably saying how they really think and feel, and I’m just overanalyzing everything. I’m actually mentally exhausted from always over-thinking everything for no real reason.

Trying to cut myself some slack is a lot easier said than done. I really do think that almost everything I say or do is wrong in one way or another. No matter how hard I try, it’s impossible to please everyone. Maybe I should just work at doing things that will make me and my husband happy. The only problem with that is that I don’t even know where to start.

It’s extremely difficult for people to manage their bipolar disorder. In fact, for me, it’s probably the hardest thing I’ve ever had to handle. I’ve dealt with the death of my father as a teenager, a drug and alcohol addiction, maintaining sobriety, a previous relationship that was physically and emotionally abusive, and the loss of several friends due to suicide or drug addiction; these things are only a few of the circumstances I’ve dealt with, and for me, none of them compare to dealing with my bipolar disorder on a daily basis.

To me, it feels as if I often don’t have control over my own brain, mouth, and even my body. I frequently find myself saying things that should not be said or doing things that I should not do. My brain is always running, always thinking, it doesn’t take a break. I’m generally thinking about all of the things I did wrong, but I also think about different options I have, I’m on overload. My mind has no balance. It feels as if I have no control over my own mind. It jumps from subject to subject, never thinking any thought completely through. I often act on my emotions instead of logical thinking. I do the best I can to make the right choices, but when it’s left up to my brain, I never know what the results will be like.

I know this sounds weird, but I love rules; any set of instructions or guidelines that I can follow make my life easier. I don’t have to listen to my brain or attempt figure out what the right thing to do is. I don’t worry about my lack of control over myself, I simply do what I’m told is the right thing to do. I have a hard time being dishonest about anything. I know that honesty is the best policy, but sometimes there is such a thing as too much honesty. If I’m not completely honest with others, my mind keeps telling me how horrible I am, and then I can’t function or sleep. I’ve lived the majority of my life without control, following rules gives me control; it gives me power.

I no longer have to struggle to organize my mind to figure out what I should and should not do, I no longer have to worry if every single thing I did was right or wrong, and I no longer have to worry if I can live with the choices I made. As long as I am honest to the best of my ability, I feel free from the bipolar restraints and the lack of control that comes along with it; I can find balance in my life. Following rules and being honest is so much easier than doing anything else; there are already a set of instructions laid out for me, giving my mind some peace and quiet, which is something that almost never occurs. Of course my mind doesn’t stop, and there are still so many thoughts going on in there, but at least I don’t have to figure everything out on my own. I encourage others to try being honest and follow rules if they’re comfortable doing so, even if it’s as simple as following the instructions on a recipe or game. Maybe it will work for you, maybe it won’t, but I hope that it does, because I would really love to share the peace that it brings me.